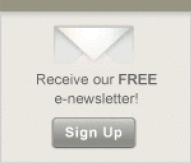 You are at: Planned Giving > Blog

I GREW UP IN THE SMALL TOWN OF MALVERN, ARKANSAS. Situated about 50 miles south of Little Rock, Malvern is nestled in the rolling foothills of the Ouachita Mountains—not far from Hot Springs National Park. With a population of less than 10,000, it was a great place to be a kid. In many ways, it resembled the towns seen in old Disney films and 1950s TV sitcoms. The local high school mascot was the Leopards, and the whole town turned out for Friday night home games. I played little league for the Civitan Little Leopards; a team sponsored by the local civic club.

At age 12, I began a paper route after school, delivering the Malvern Daily Record on my bicycle. This may have been where my love for cycling was kindled, a love I renewed as an adult almost thirty years later. I rode that single speed, stingray-type bike with its banana seat all over town, but my paper route was in North Malvern where my family lived. During most of the year I finished well before dark, but during October it was usually dusk before I completed the route.

There is just something spooky about the evening shadows in the fall. Even now when I ride my bike along a deserted road at dusk, I experience a weird sensation. I don't know if it is the way the light hits at that time of year or the wind moving through the leaves, but it makes my imagination run wild. And if a 63-year-old imagination can run wild, you can bet that my 12-year-old imagination was far wilder.

As I peddled past the Malvern cemeteries each evening, I was convinced dead men were coming after me. Abandoned houses seemed haunted with lonely ghosts waiting to gobble me up. Every strange noise, every unexpected shadow made my heart race and sent me peddling furiously along the quiet streets. One thing is certain. People did not have to wait on their papers on those eerie nights.

Matthew was the only gospel writer to record an incident where dead men really did walk and talk. In Matthew 27, after Jesus' resurrection, the dead were resurrected and appeared on the streets of Jerusalem. Who were these people? Most Bible commentators think they were folks who had died recently so that others would recognize them and testify to their resurrection.

I can't help but wonder if any of the saints of old might have been raised. Perhaps David told everyone who would listen that, yes, Jesus was his great, great, great…grandson. And what about the prophets who foretold His coming? I can almost hear them saying, "See, I told you so." What about John the Baptist? I realize that a head separated from the body might have been a problem, but I figure if God chose to bring him back to life, He wouldn't have any problem reconnecting the head and body. While it is true that this is all speculation because the scriptures give us no details about these individuals, one thing is clear. On that day, dead men walked and talked. Have you ever heard a voice from the grave? Consider this before you answer.

We hear from the dead through their deeds.

In the 14th chapter of The Revelation, the Bible says we will rest from our labor and our deeds will follow us. Only deeds done for Christ will last. Everything else will be burned up. But those things we have done to advance the Kingdom of God will enable us to speak long after we leave this world.

When we lead others to the Lord our work is eternal. Our lives will continue to speak through those with whom we share Christ, and one day those individuals will share with us in Heaven the influence we had on earth.

You will continue to speak long after death through your ministry in your church and denomination. It has often been said that actions speak louder than words. While I believe words are important, deeds are what allows a dead man to speak most clearly.

We speak through our children.

Deuteronomy 6 reminds us that we have a duty to teach our children the importance of God and His Word. We should do this through all our routine activities, as an automatic part of what we do for our children. Pouring our lives into our children may be the best way for our influence to linger after we are gone.

Anchor Man is a book by Steve Farrar. The subtitle is "How a father can anchor his family in Christ for the next 100 years." The book reminds parents to be the anchor that grounds your family in Christ. What you teach your children about God can impact generations to come.

Genetically speaking, we all have unique traits passed down from our ancestors. At 6' 3" my height comes through my mother's family. I also have a cowlick in a particular spot that has been documented in photographs for at least four generations on my dad's side. But spiritual traits are the most important characteristics we pass to the next generation. We must tell our children how God has changed our lives; how He has been faithful. We must demonstrate a love for His Word, read it faithfully, and study it carefully. The lives of our children—and their children—allow us to speak from the grave.

You can tell what a man values by how he spends his money. This statement is true, even in death. Everyone should tithe on their estate. Most children will not begrudge every last dime of their parents' money. A simple way to tithe on your estate is to make a bequest in your estate documents. If you don't have an estate plan the Foundation can help you establish a comprehensive estate plan. And why not use your estate documents to testify about God's goodness and faithfulness? You can speak directly to anyone who reads this document. Best of all, your testimony will be preserved for future generations.

You can also tithe on your estate through an unitrust or charitable gift annuity. Through these arrangements, you can accelerate your tithe and receive some benefits yourself. You are entitled to a partial tax deduction, an income stream for life, and you will have the satisfaction of knowing you tithed on your estate. Many people choose to speak long after they are gone through planned gifts managed by the Free Will Baptist Foundation.

I recently heard a remarkable recording of a Confederate war veteran who told about events that happened more than 160 years ago. His story was recorded in 1947 when he was 101 years old. In the recording, he recalled the events of the day when President Lincoln was killed.

Through the miracle of technology, I heard a first-hand account of events that happened over a century ago. But we must remember that our lives speak louder than our voices. The best way to speak though dead is through our lives, our children, and our giving. Hopefully, you are making plans now to be a dead man talking!

About the author: David Brown is the director of Free Will Baptist Foundation.